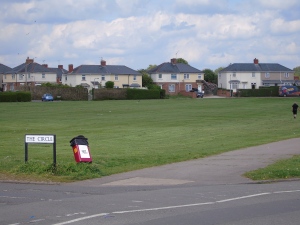 The composite housing resolution which went before Labour’s conference on Wednesday morning was passed unanimously. It marks a fundamental shift in Labour’s housing policy, if adopted. There were 25 resolutions on housing sent into the conference, of which 15 were the model resolution of the newly formed Labour Campaign for Council Housing: 12 were the straight model resolution, 3 were slightly amended versions. The essential demands of the resolution were to commit Labour to

The last of these points was also passed at last year’s conference but has been ignored by the Shadow Secretary of State for Housing, John Healey.

There will undoubtedly be resistance to committing to these concrete proposals. Shadow Housing Minister Alex Cunningham was reported as telling a fringe meeting that £10 billion “would be difficult to achieve”. Meanwhile John Healey told Inside Housing that Labour would “ramp up grant” after the first year. However, he somewhat confusingly said that the NHF (the organisation of housing associations) had conceded that if there was anything like £10 billion a year available they wouldn’t be able to spend it. What has this got to do with them? The £10 billion is to be ringfenced for building council housing. The resolution (which calls for 155,000 ‘social rent’ homes a year) makes it clear that money for housing associations would be separate from that.

It is true that there are material obstacles to the practical implementation of these proposals. As it stands councils do not have the capacity to organise a large scale council building programme. They have built on a tiny scale, if at all, for many years. There is certainly a will in many to start building again. Any authority without any council housing stock, which wishes to build council housing, will have to apply to set up an Housing Revenue Account. Technically they have to do this if they have 200 or more homes.

The key question is whether or not they will be given the resources to start building and to put together the teams for an ongoing, annual building programme. They need, therefore, to be guaranteed grant on an annual basis. £10 billion a year to build 100,000 homes adds up to £100,000 grant per property.

With a general election expected soon, it is crucial that CLPs and unions demand that this commitment to 100,000 homes, funded by £10 billion a year, together with a commitment to end RTB, is incorporated into Labour’s manifesto. CLPs should write to John Healey and Jeremy Corbyn along these lines. Of course, Chair of the LRC John McDonnell, has the critical role to play now. With the mandate of the conference vote behind him, John, as Shadow Chancellor, can commit Labour to that £10 billion. So we should lobby John as well.

The unanimous passing of the composite resolution is in complete contradiction to many aspects of Labour’s previously policy as expressed in its Housing Green Paper. Much of that needs to be abandoned. For instance if grant on this scale were available to build council housing then you would not need a private housing company to build outside of the HRA.

In the meantime the response to the LCfCH resolution, the debate at conference, and the vote, shows that the overwhelming opinion of Labour members and supporters is that a large scale council house building programme should be a key part of the policy of a Labour government. In his conference speech Jeremy Corbyn talked of the largest council housing programme for a generation. But in order to deliver that the commitment to £10 billion a year is critical.

We are not quite there yet, but on the road to the definitive break with the housing policy of New Labour and its worship of home ownership.