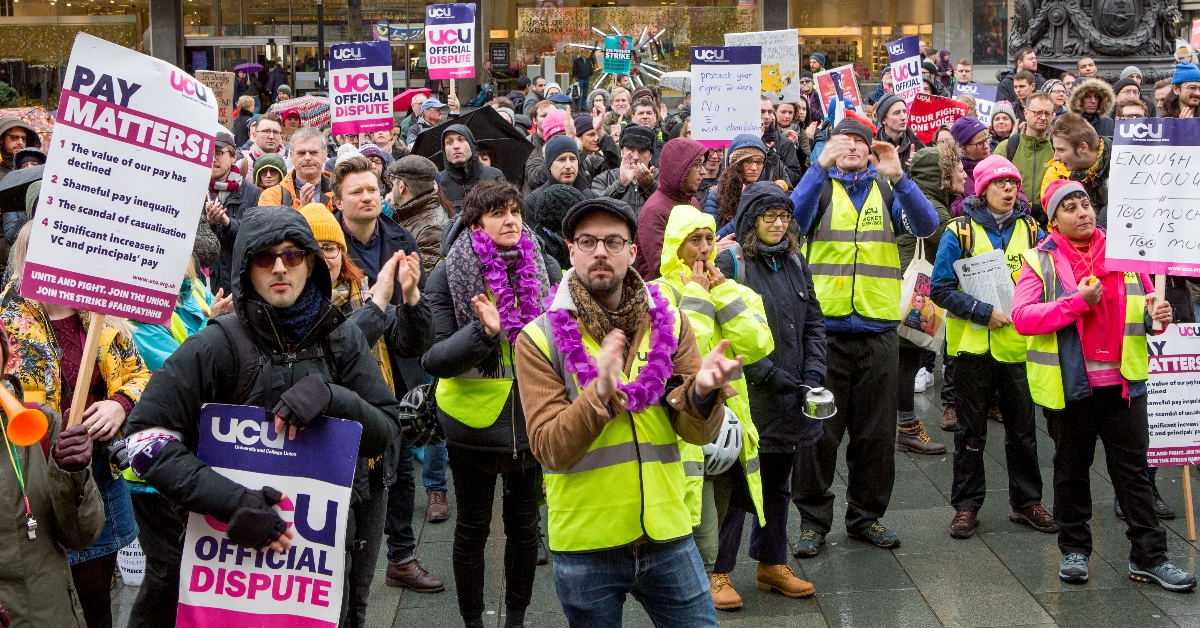 “British capitalism has been a playground for asset strippers, speculators and monopolists”

“When business profits, we all do.”

Keir Starmer in City AM

“Business is a force for good in society, providing jobs, prosperity and wealth.”

Keir Starmer has a penchant for generalisations which reduce real life to a cardboard cut-out. “When business profits, we all do.” It’s as if he has never heard of exploitation. This little gem follows on from his conference speech in which he said “business is a force for good in society”. This assertion is completely at variance with the life experience of millions of people in Britain who suffer in and from the ‘flexible labour market’ which Gordon Brown used to revere. Exploitation and insecurity are what millions face in work. As William Davies explained in the Guardian, Starmer talks of business as an abstraction. He does not differentiate between different types of business. Ed Miliband did at least, says Davies, highlight the differences between “predators” and “producers”, “a thankful recognition that British capitalism has been a playground for asset strippers, speculators and monopolists”.

“By retreating to the New Labour tactic of praising “business” and promising economic prosperity in general, Starmer has abandoned any such critique. The manifold differences between, say, a private equity fund extracting profits from a care home by squeezing wages and a family-owned exporter of machine tools, become obscured all over again. In his bid to look economically serious, Starmer has had to avoid making serious economic distinctions. In a public culture that rewards mendacity, a liar such as Johnson ends up with more licence to raise such topics, so long as and he doesn’t do so with any serious intent and Labour remains silent about them.”

So whilst a fraud like Johnson is now proposing “a new economic model” Starmer is proposing a partnership between government and “business” to “create an economy that works”. Works for whom?

The answer is a resounding no.

Our economy works by exploiting its labour force, and as consumers know, making it difficult to complain as you wend your way through an automated system. The customer is not king. He/she is a means of extracting profits at the expense of the quality of the service provided.

The whole economy is an organised rip-off. Consider the poor quality of new houses built; houses which let in snow because it is “the wrong” type of snow; houses that suffer from hundreds of “snags”. Buyers have a terrible struggle to get builders to rectify problems which are the result of shoddy building and profiteering. Consider the scale of the cladding scandal which killed the tenants of Grenfell Tower and has created so much stress and anxiety for thousands of people who face the costs of preventing themselves being killed by flammable cladding which is there because of deregulation which facilitated profiteering.

The crisis which we are currently experiencing is partly related to Brexit and the pandemic, but its roots are more long-term than that. The current logistical problems are related to what can be described as an intensification of labour; that is, getting more work out of a shrinking workforce. It has happened across the private sector and the public sector. Shortages of drivers, although partly the result of the loss of drivers from the EU, is also the result of the long hours and appalling working conditions, which see drivers being forced to sleep in cabs, and without toilets and washing facilities provided on the road.

In the NHS cuts in bed numbers have occurred over a long time. The first austerity measures were by New Labour, including £20 billion of cuts which the major unions meekly accepted. The building of (smaller) PFI hospitals was a factor. The austerity measures from the coalition government, have meant that there is no slack in the system. Staffing levels are unsafe. Waiting times for ambulances are increasing because of staff levels insufficient to handle the work, as well as insufficient bed numbers.

When the public utilities were privatised workforces were shrunk, and pressures increased on those remaining. Our main water businesses such as Thames Water are polluting our rivers on a grand scale, having been fined £4 million for ‘catastrophic sewage blunder‘.

The privatisation of the care sector led to an exploited and low paid workforce. In domiciliary care staff were not even paid for ‘travelling time’ between clients. The CQC has just announced there are substantial questions over care sector sustainability. Because of austerity new people who require support are simply not getting it.

The court system is in melt down as a result of the closure of courts and insufficient staff to handle all the cases.

There is clearly a generalised crisis of social provision, be it in the NHS, secondary care, social care, the courts, and services provided by the private sector. People have died and more will die as a result of this deepening crisis. Paramedics are warning that people are dying because ambulances canot reach them. People who should receive care will not and the burden will fall on the shoulders of their partners/families, many of whom will be made ill by the burden of helping them cope with their everyday needs.

The pressure that staff have been placed under is becoming intolerable. In social care we already see indications that some are leaving to do less stressful work for more money, even if it is stacking shelves in a supermarket. It is not just the low wages that make people leave, it is the conditions of work which exhaust people. Unrelenting levels of stress are driving people to the edge. NHS staff talk of nurses being ‘burnt out’.

Many of these firms carry large levels of debt which the CMA warns may leave them vulnerable to having to “exit the market” in the event of tightening credit conditions. The CMA says the government should take this risk seriously if homes suddenly shut “with potentially serious negative impacts on children and the ability of local authorities to fulfil their statutory duties”.

Because of the shortage of places and the fact that councils have sold some of their homes as of March 2020, in England, 44% of children in residential care placements and 17% of children in fostering placements were more than 20 miles away from home.

“Labour is back in business” said one author on Labour list welcoming the fact that Labour was now, apparently, “pro-business”. Yet there is no indication from the Labour leadership of the need to tackle those “asset strippers, speculators and monopolists”. Does the Party have an anti-monopoly policy for instance? As an economic system capitalism with its market competition tends towards monopoly. We see that across the privatised utilities as ownership was concentrated in fewer companies. We see it in retail, in house building and other sectors. In 1979 Chancellor Geoffrey Howe talked of the aspiration to “roll back the boundaries of the public sector”. Dealing with the acute crises we face today it is necessary to roll back the boundaries of the market. For instance social care requires an end to its provision as a commodity by private companies. Why waste money by giving the private companies more, especially when many of them are owned by private equity.

In the NHS we need to drive out the private sector and have a publicly provided service. The contracting process, with its use of competition, is simply a waste of resources. The water industry which is busy polluting our rivers should be taken into public ownership. At the very time when Rachel Reeves says “it’s not time for nationalisation” the Tories are taking back from the private sector railways.

Business provides “wealth” certainly, but who for? I don’t need to list here the well known facts about the growth of inequality and concentration of huge wealth in few hands. The commodification of many public goods from the 1980s has had disastrous social and environmental consequences. Why should water, without which people cannot live, be a commodity whose price is in part determined by providing tens of billions of pounds of dividends to share holders rather than any surplus being invested in the service infrastructure?

When the NHS was launched it was described by Anuran Bevan as a revolutionary change. It was so because health care ceased to be a commodity (save for a very small sector of private healthcare). In launching the council house building programme after the war he also restricted the market for private building to one in five homes, the rest being council housing.

We are suffering the consequences of privatisation with its intensification of labour and the use of ‘market mechanisms’ in the public sector. To address the crisis it is necessary that ‘public goods’ should be de-commodified. The profit that the privatised utilities have made are been to a large extent leached out into the pockets of shareholders to the detriment of the service they provide. In this sense profit is a waste of resources which should have been devoted to improving the infrastructure and, for example, the quality of the water, instead of polluting the rivers and the seas as is being done. These natural monopolies should be publicly owned and their work driven not by the profit motive but by the quality of the service they provide.

To talk as Keir Stanmer does about ‘business’ as universally “a force for good”, that profit benefits us all, is utterly absurd. Millions of workers struggle to make ends meet precisely because businesses exploit their labour. It is one thing to support small businesses. After all there are nearly 5 million ‘businesses’ without employees; individuals trying to earn a living. But what about those “asset strippers, speculators and monopolists”? Add to those the commercialised organisations in the public sector such as in higher education. Even what were traditionally considered to be middle class jobs are now precarious with exploitative contracts. That’s why the UCU is striking in the University sector. If Labour doesn’t support a struggle against exploitation of labour how can it win the support of the millions whose lives are precarious?